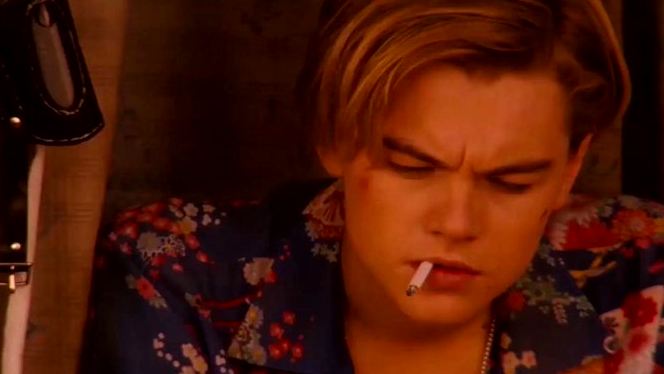 A viral Chinese app which lets users swap their faces with celebrities in video clips has come under fire over claims its privacy policy had put millions of people’s data at risk.

Zao, which became available to download in China on Friday, racked up millions of downloads over the weekend and, according to tracker App Annie, became the most downloaded free app in the China iOS App Store as of September.

It is not yet available to UK or US customers, or anyone without a Chinese phone number.

The app lets users upload pictures of themselves into the system, and then swap their faces onto celebrities’ bodies, being able to choose from popular scenes in hundreds of TV shows or films. Many of the celebrities on the app are Chinese stars, although choices also include Leonardo DiCaprio and Marilyn Monroe.

However, the app faced a backlash over the weekend, after users complained that its privacy policy was inadequate.

An early version of the policy had stated that they had “free, irrevocable, permanent, transferable, and relicense-able” rights to users’ content, which would allow them to use it for things such as marketing. It also stated that users had agreed to surrender the intellectual property rights to their face.

Writing on Twitter, one researcher said this meant that “once your face is uploaded you lose your rights on it”. “They can do whatever they want. They will give your face to the Chinese authorities if they ask.”

Another person said they were “both excited and interested from a technologist/ creator perspective and morbidly cynical from a moral one”. “Pretty soon corporations will start advertising to you using your own face,” they said.

Zao later wrote in a post that it understood the concerns and would “fix the issues that we didn’t take into consideration, which will require some time”. The terms were also updated to say Zao would not use the content unless users had given their permission, and would also erase that content from their servers once it was deleted by users.

However, research group the Chine E-Commerce Research Center claimed that the app “violates certain laws and standards set by the nation and the industry”, and urged action from authorities.

News of the latest backlash in China comes just months after Russian app FaceApp faced similar concerns over privacy, after claims it had been storing users’ photos without their permission.

That company, whose app had been used by thousands of people to artificially age themselves, denied those claims, and said it only uploaded “a photo selected by a user for editing” and never any other images.

It said it would only store images to make sure users did not have to re-upload them, and that it deleted most images within 48 hours.